With less than half of all South Africans having access to an internet-enabled computer, alternative means of instant communication and information access are in high demand. Social media platforms such as WhatsApp and Facebook, and South African-specific Mxit, are the single highest source of internet traffic in the country, and the number of South Africans with a mobile phone connection has been consistently on the rise. With more screens in the hands of every person, traditional means of job advertising and recruitment, such as flyers and newspaper ads, are and will continue to be less and less effective every day. The digital landscape has become the best destination for connecting with individuals who are seeking a job. With USSD, mobile users can connect to websites and communicate with others without the need of a desktop and traditional internet connection. This means that USSD is the ideal platform for connecting with the highest population possible in South Africa. 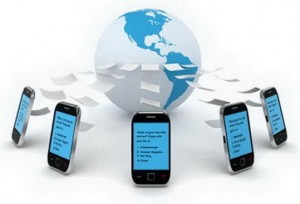 Make the Switch, Widen the Net

Unlike conventional websites, USSD applications can be interacted with from any type of mobile phone. The newest, most expensive updated smart phone is not necessary, which further opens the recruitment process. Any phone that has the ability to communicate with a wireless provider will do the job. Further, using mobile USSD codes is very inexpensive. With a low bar of entry on both the hardware and service required to use this messaging protocol, and its proven track record in other aspects of mobile internet use, this protocol is likely the most effective for recruitment in South Africa in the digital age.

So, we can say that now USSD advertisement is a highly effective means of spreading the message through a wide community without internet. For recruiting purpose you can access a large population in a very short time, with short expenditure and maximum positive results.